The Red-Red 360, similar to the Contour Light, is a powerful microchip-based system that uses specific red and near-infrared light wavelengths to stimulate cellular function (photobiomodulation). NASA helped pioneer this technology in the 1980’s with their experiments on growing plants. The science behind this red light therapy is now backed by thousands of medical studies and clinical trials which have shown positive results without almost no negative effects.

One of the most common uses of this technology revolves around shrinking fat cells. When exposed to this light energy, fat cell walls become permeable and begin to release their contents (triglycerides – glycerol and fatty acids). Once these fat cell contents are released into the bloodstream, the contents travel to the liver where it gets metabolized and eliminated by the body.

This is a warm, comfortable, pain-free treatment that last for 15-20 minutes. There is no downtime associated with this treatment so you may resume your normal activities immediately after the treatment. A minimum of six treatments is generally recommended but the number of sessions differs from patient to patient. After the session, light exercise is recommended to help eliminate the fatty acids released during the treatment. 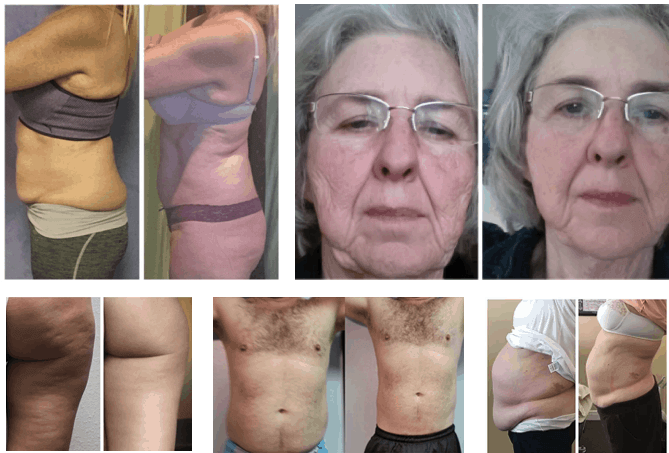 The RED-RED 360 System / the Contour Light are not intended for use in the diagnosis of a disease or any other condition or in the cure, mitigation, treatment, or prevention of disease, and are not intended to affect the structure or function of the body. This program is cosmetic in nature and does not claim to impart any health benefits. The statements on this web site have not been evaluated by the Food and Drug Administration.